Michael Guggenberger is currently in fourth place, around three to four weeks behind the leader of the Golden Globe Race. He is surprised to be in the last nine skippers

It was a lesson Michael Guggenberger took onboard when getting ready for the 2022 event.

The Austrian solo skipper spent years getting his Biscay 36 masthead ketch, Nuri ready to race solo around the world. So far, other than an electrical issue with his engine and replacing some chaffed lines, Guggenberger has had no major problems with his boat.

His submarine-style companionway door also means Nuri is ‘bone dry’ down below, and he has no issues with water ingress.

‘I am a little bit surprised I am still here but, you know, I prepared really well. I like my position. It’s amazing how few boats are left so I am kind of amazed I am still in the race and not having any big issues,’ he explained. 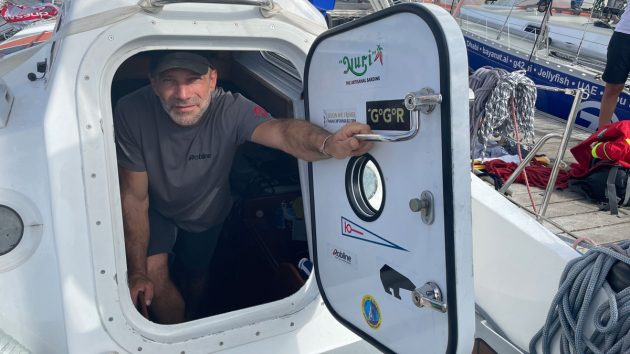 The inches-thick companionway door means Nuri is nice and dry down below. Credit: Katy Stickland

Of course, there are some minor issues: he fears he may run out of coffee and sugar before the finish, and he wishes he had packed some more seeds and nuts to put in his loaf of bread, which he bakes daily.

‘I am actually really happy. I think I brought too much of everything; I would rather have too much than too little though.’

Guggenberger, who learned to sail just over 10 years ago, is sailing the only ketch in the Golden Globe Race fleet.

In light of the rescue of fellow entrant Tapio Lehtinen, he has now changed where he stows his liferaft in heavy weather.

Initially, he decided to stow it in the forepeak of the boat, and had made a pulley system so he could haul it through the forepeak hatch to the deck of the boat in 21 seconds. The Notice of Race states that a liferaft has to be brought on deck in less than 25 seconds. 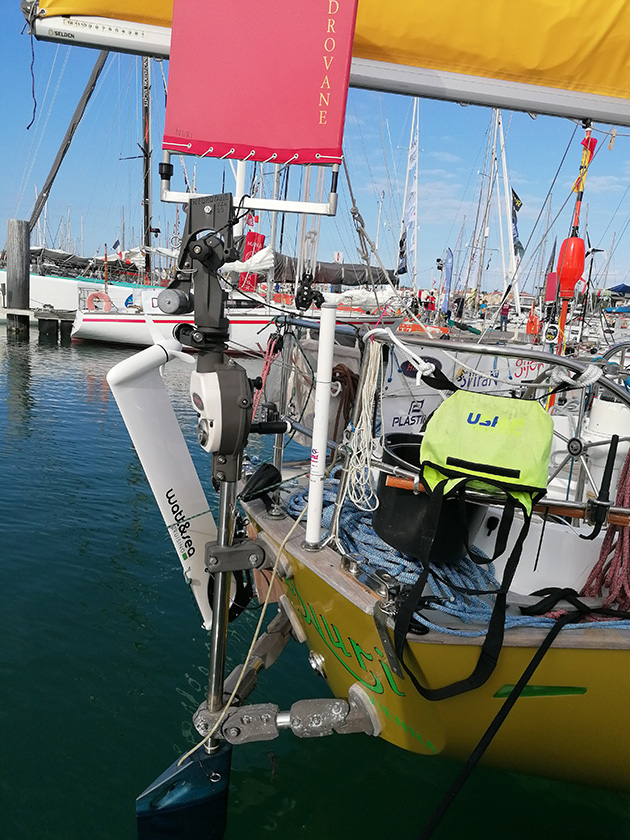 Michael Guggenberger has made the vane of his Hydrovane smaller, as it kept catching on the boom of his mizzen mast. Credit: Katy Stickland

Like nearly every other Golden Globe Race skipper, he is not receiving any information via his weather fax, although he is managing to receive weather forecasts via his radio from Western Australia and South Africa. Ultimately, he is relying on his barometer and Race HQ to inform him of any bad weather. Skippers are usually notified if storms are forecast. 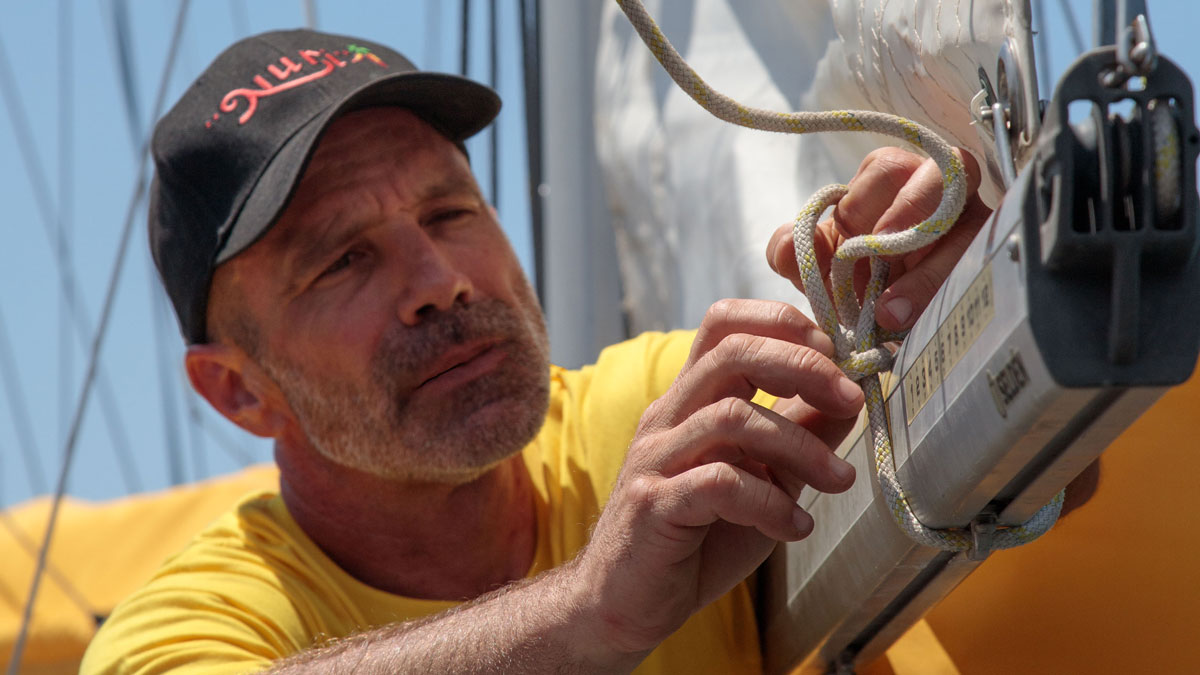 Michael Guggenberger has spent years getting ready to cross the start line of the 2022 Golden Globe Race. Find out… 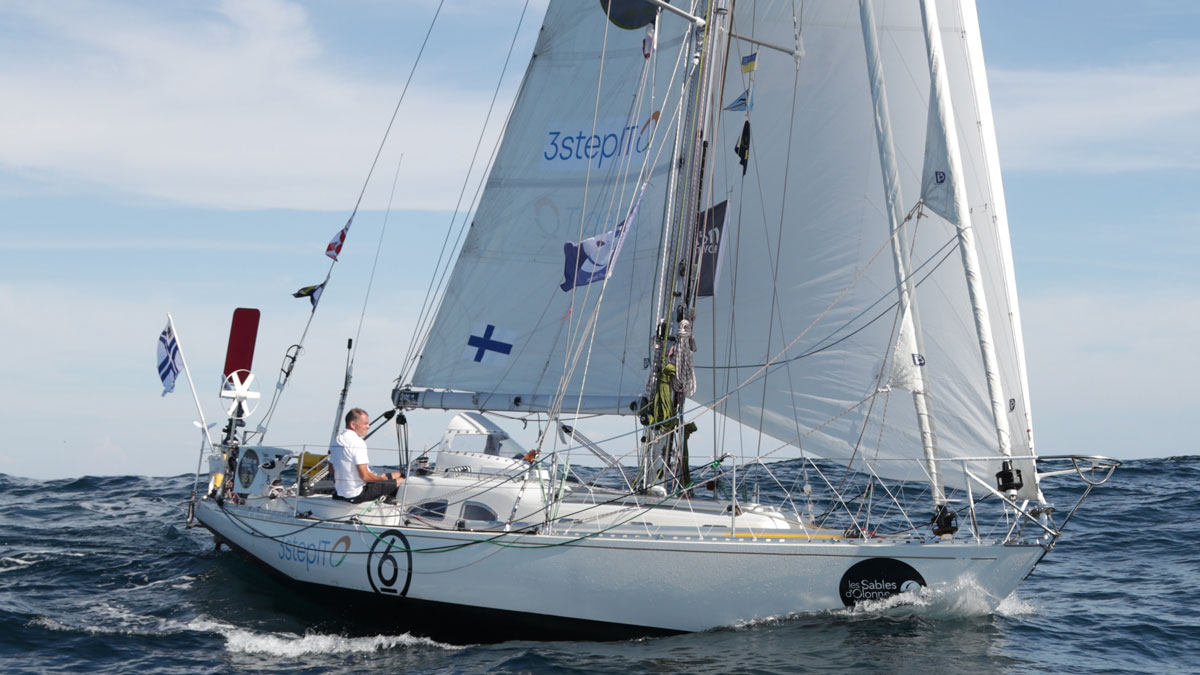 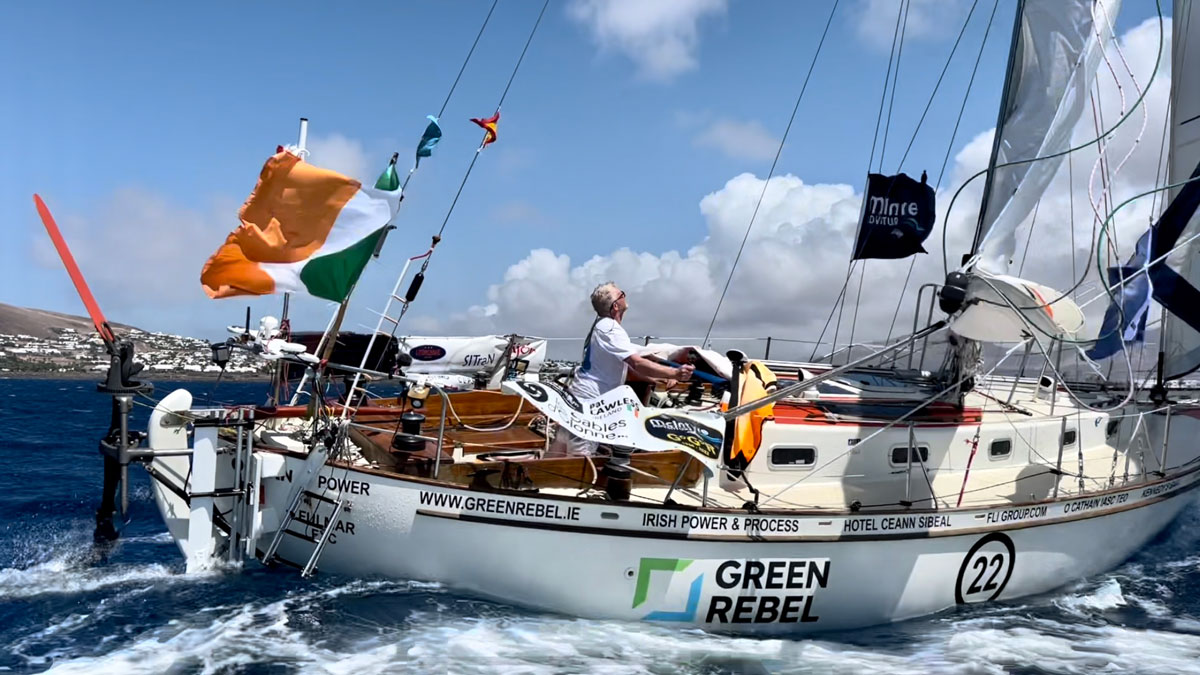 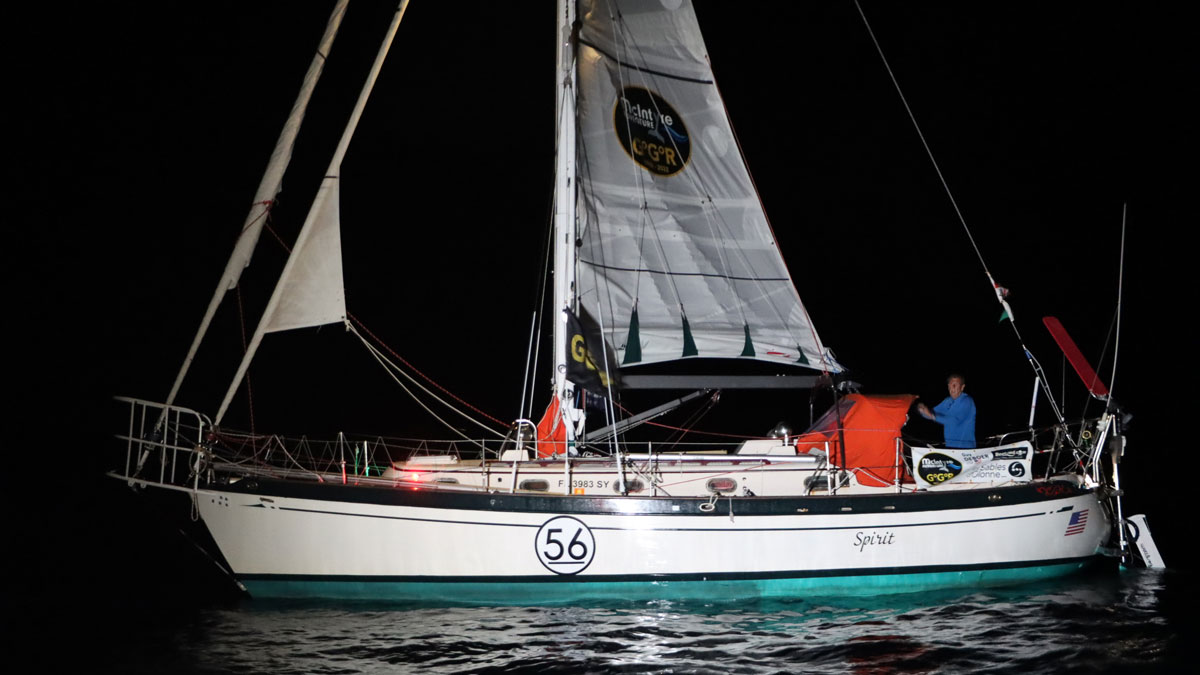 American skipper Guy de Boer has spoken about how his Tashiba 36, Spirit ended up the rocks off the coast…

He is not finding the isolation an issue, and is keeping himself fit by exercising every day.

Sharing his daily routine, Guggenberger said: ‘I get up in the morning, around sunrise, so 0500 and I have a coffee and I check the course and check everything. If there is anything to do, I do it immediately and then I eat breakfast. After, I sit around and watch the albatross and then do my navigation. I have lunch, and then if I don’t talk to the other guys [GGR fleet HF radio schedule] I have an afternoon nap, and I read a book or listen to a lot of music. After my nap, I do some exercises: mostly I dance to music and do some exercises and then I read a bit. After dinner, I have HF chat on the radio and then some reading again and then I sleep from 2300-0500. I have not seen a ship in the last 16 days so I sleep in 2 hour chunks; I have a look around and see what the boat is doing. It depends a little bit on the weather, and if it is changing, it is less sleep. The good thing is the boat is waking me up, because as soon as something is different, I wake up.’ 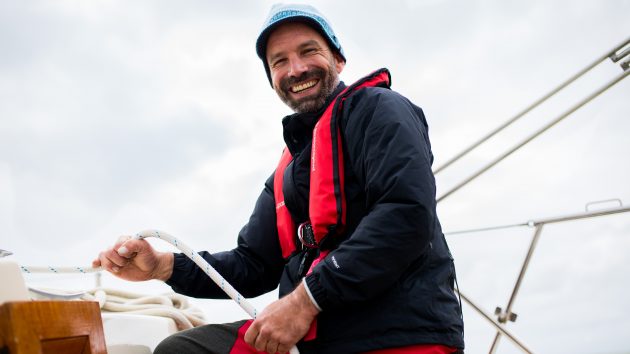 Michael Guggenberger hopes to reach the middle of the southern Indian Ocean in around 10-12 days time. Credit: Petra Rautenstrauch

The RYA Yachtmaster Offshore says he takes each day as it comes and does not try to calculate his ETA to the Hobart Gate to prevent ‘frustration’.

‘I have a mark in the middle of my chart of the Indian Ocean, and once I am across that, I should be able to calculate the number of days it will take to reach Hobart, but I am not calculating much because you have days when your plan is gone, and the wind is not so good. Calculating your ETA can lead to a lot of joy but it can lead to a lot of frustration. I will probably be at the middle mark in about 10 days,’ he said. 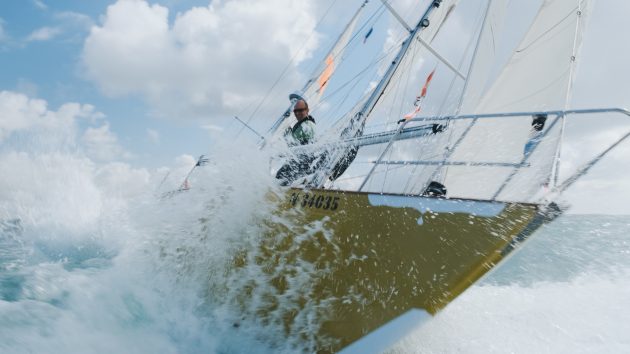 Michael Guggenberger hasn’t experienced enough bad weather yet to test out his wave sail, which will be used to slow the boat down. Credit: Julia Eder Martin Kadlez

For now, Guggenberger is just enjoying the voyage and the wildlife encounters.

‘The beauty of it is to be out here, living it. It is really beautiful. When the weather is hard, it is not so nice, but when the weather gets nice again then it is beautiful, easy sailing; no effort. The joy after the hardship. I am sitting here watching albatross flying. There are many young birds, and they are just learning to fly. It is really beautiful to see that. Yesterday I had two whales moving next to my boat, 50 metres away. It is magical.’

Enjoyed reading Golden Globe Race: ‘I am kind of amazed I am still in the race’?

A subscription to Yachting Monthly magazine costs around 40% less than the cover price.

Print and digital editions are available through Magazines Direct – where you can also find the latest deals.

YM is packed with information to help you get the most from your time on the water.

The post Golden Globe Race: ‘I am amazed I am still in the race’ appeared first on Yachting Monthly.