Offshore solo sailor Damien Guillou is the French favourite for the 2022 Golden Globe Race, and is racing in the Rustler 36, PRB

Damien Guillou is one of the few professional sailors taking part in the 2022 Golden Globe Race, and was hand picked by PRB’s president, Jean Jacques Laurent to compete under the French firm’s sponsorship.

Consequently, the 39-year-old French navigator has one of the biggest budgets for the GGR – around €300,000.

He is racing in a Rustler 36, which had a complete refit in May 2021, managed by the winner of the 2004 edition of the Vendée Globe, Vincent Riou. 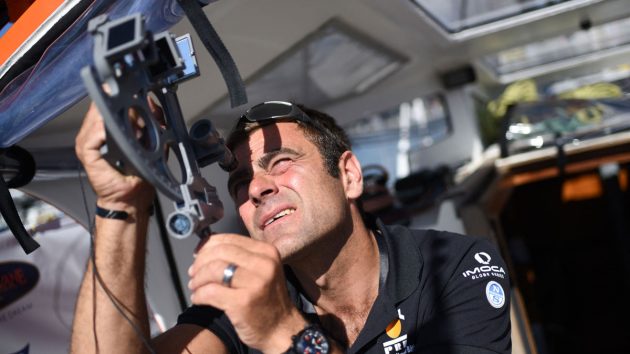 Damien Guillou had to learn how to use a sextant for the 2022 Golden Globe Race. Credit: Getty

Damien Guillou sailed his 2,000 mile solo qualifying passage in September 2021, and since then has been sailing PRB in all conditions to be prepared for the start.

He kept his cards close to his chest throughout the preparations for the race, but this is what Yachting Monthly has managed to glean.

He initially trained with an eye on Olympic sailing, competing in Optimists, Lasers and 49ers.

A Solitaire du Figaro veteran, he sailed with Swiss skipper Bernard Stamm in the Tour de France à la Voile in 2015. He has also raced solo in the 2013 Bretagne Martinique and double-handed in the 2012 AG2R transatlantic race. 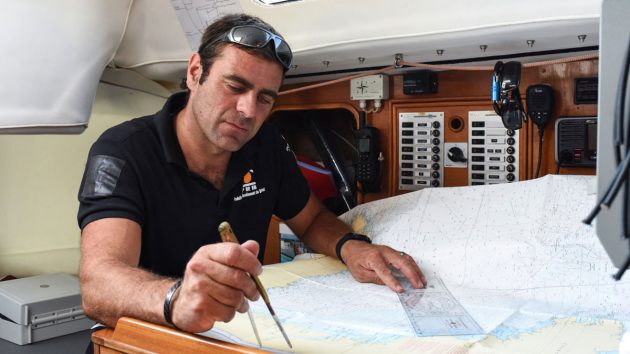 Damien Guillou has over 15,000 solo offshore sailing miles under his belt. Credit: Getty

In December 2013, Guillou and Stamm had to be rescued from the Western Approaches after their IMOCA 60, Cheminées Poujoulat broke in half and sank after being hit by a wave in the height of Storm Dirk. They had earlier reported that the vessel had mast problems and was also taking on water.

It took several attempts to airlift them, with Guillou and Stamm having to repeatedly enter the water in darkness. They were eventually rescued by a Norwegian cargo vessel, the Star Isfjord after a two hour rescue operation. 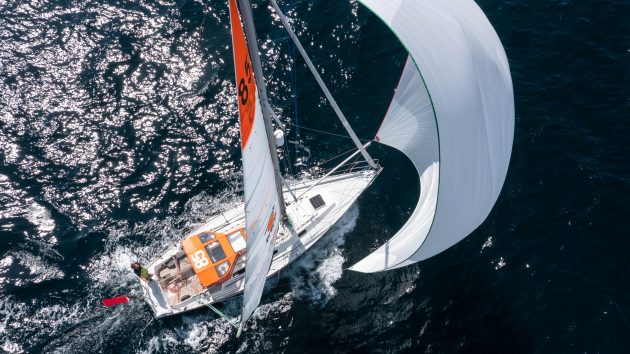 ‘Having Kevin’s support [for the Golden Globe Race] is really important because I get to learn from his experience. Every time we talk he gives me some advice. He thinks about things I wouldn’t,’ said Guillou. 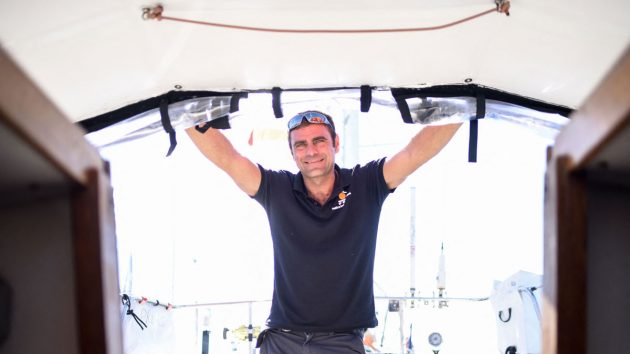 Damien Guillou has been sailing PRB since summer 2021 to prepare for the race. Credit: Getty

The Breton native had to learn how to use a sextant for the Golden Globe Race, having never used the instrument before, and has taken three sextants onboard PRB.

The boat and modifications

Damien Guillou will be racing in a Rustler 36 masthead sloop, PRB.

He has opted to keep the set up simple, with one furling headsail to save on weight and most of the main sail control lines running aft to the cockpit. The boat has an inner forestay and twin spreader rig, and he will be sheeting his storm jib at the mast. 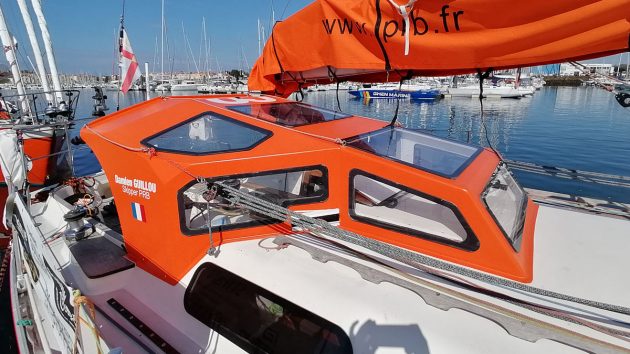 PRB’s dog house is the biggest in the 2022 GGR fleet. Credit: Katy Stickland

The biggest modification to the boat is the IMOCA 60 style wide hard doghouse – the biggest in the fleet. Windage is something to consider but Damien Guillou says he has tested his doghouse in 50 knot winds and believes PRB is heavy enough so the doghouse will not have any effect on performance.

He has decided to use a Watt & Sea hydrogenerator and Hydrovane windvane steering. He has also installed a tiller which will allow him to hand steer the self-steering gear without the vane head, acting as emergency steering. 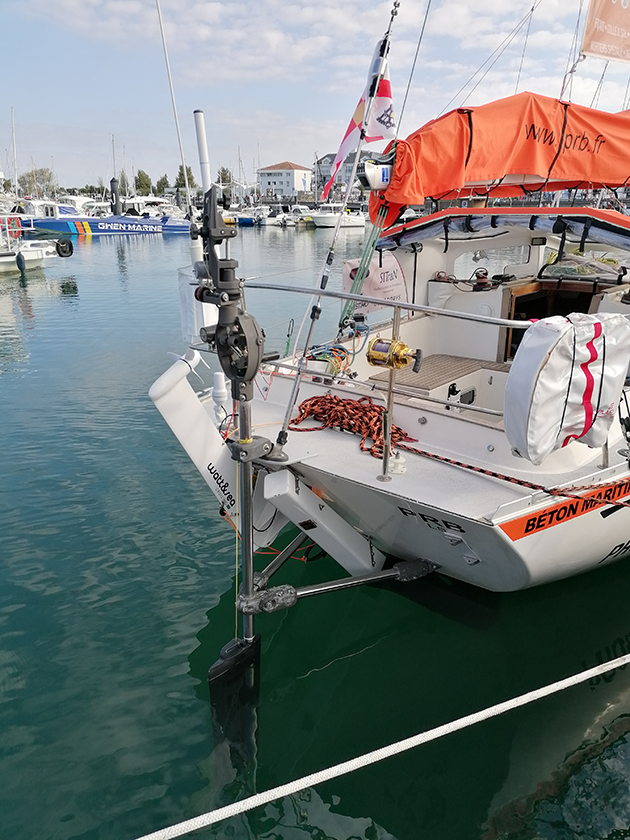 Hydrovane self-steering is the most popular, with most of the skippers, including Damien Guillou, fitting it to their boats. Credit: Katy Stickland

Down below, Damien Guillou has used the main cabin bunks for storage; purpose-made lee cloths will completely enclose the gear to keep it secure in heavy weather.

He has 600 litres of drinking water, a gas stove but no fridge. 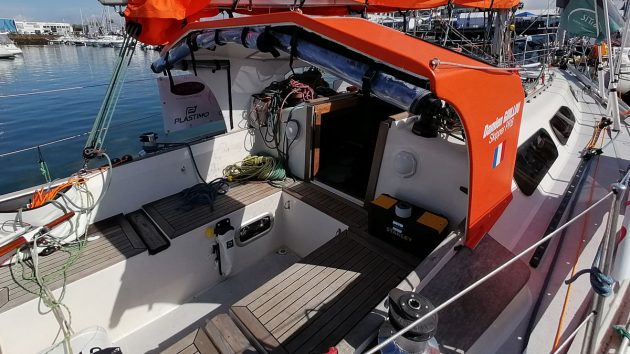 All the main sail lines are led aft into the cockpit. Credit: Katy Stickland

His bunk is aft, next to the nav station, which has purpose-made covers to protect his instruments, including his new weather fax, from the elements.

There is a watertight bulkhead in the forepeak, with just a small hatch for access. The sails are stored here, and there is a crash bulkhead forwards.